An unfertilized chicken egg cannot grow into a chick, but at the biochemical level, it belongs unmistakably to the animal world

It’s an issue that won’t go away, and we’re reminded of it every time we order a “vegetarian meal” for a plane flight and have to clarify we mean, “no eggs,” because otherwise that is almost certainly what we will be served. To help settle the issue, we engaged Nikola Micic, a PhD student in biochemistry at the University Novi Sad, Serbia. His research waxes a bit technical in places, but will provide you with the solid, science-based reasons strict vegetarians don’t eat eggs.

On the first look, answering this question is easy. Chickens lay eggs, chickens are animals, so an egg must be an animal since it has an animal origin and grows into a new animal. But… what if the eggs are not fertilized? Commercially available eggs from your local grocery store in most cases originate from the large hen farms which hold chickens in cages without a chance for fertilization. Since there is no fertilization, a new animal organism will not develop from these eggs. Does this lack of animal development makes these eggs plants? In short, no.

In order to fully answer this question, it is necessary to analyze the chemical and biochemical characteristics of an egg. With this information in hand we can apply the basic principles of chemotaxonomy—a tool for classification of plants and animals based on similarities and differences in their chemical and biochemical composition. Chemotaxonomy is considered more precise than simply looking at the structure of an animal or plant—an approach we will also take in a bit.

There are four major classes of biomolecules in every organism: carbohydrates, proteins, lipids and nucleic acids. These biomolecules have a complex structure based on the specific arrangement of simple molecules, known as building blocks or monomers. Proteins are built of amino acids, while lipids and nucleic acid are made of fatty acids and nucleotides, respectively. The specific structure of these simple molecules and their share in total content, together with the unique structure of complex biomolecules, their genetic origin, function and occurrence in different organisms enables us to explain the origin and affiliation of a certain organism to a specific phylogenetic group, be it plant, animal or something in-between.

As previously mentioned, proteins are one of the major classes of biomolecules. To determine the connection between the animal nature of the egg and its proteins, we consider the genetic origin of these proteins, their occurrence in plants and animals, their structure and specific amino acid content.

Egg proteins can be classified into three groups based on their location in the egg. The first group of proteins are in the different layers of the eggshell. A typical example is the protein osteopontin (which is found not only in the eggshell, but also in hard animal tissues such as bones and teeth). In the case of eggshell, osteopontin is secreted by the chicken’s uterus cells and regulates the precipitation of calcium carbonate that forms the eggshell.

Another example of chicken protein found in the eggshell is clusterin, secreted by the tubular gland cells of the chicken. There is also the protein named ovocleidin-17 (OC-17) which regulates the formation of the specific shape of calcium-carbonate crystals, plus proteins ovocleidin-116 (OC-116) and ovocalyxin-32 (OVX-32), all of which are highly specific to egg calcification process and therefore can only be found in eggshell and parts of the reproductive system in which calcification occurs.

The second group of egg proteins are those found in egg white. Main representatives are ovotransferrin, ovoglobulin, cystatin and avidin, which are found exclusively in tissues of animal origin. The third group of egg proteins is located in the yolk. Proteins from this group, such as phosvitin and livetin, are unique to animals and cannot be found among plants. All of the above-mentioned proteins are exclusively of animal origin.

Besides the existence of specific chicken-related proteins in the eggs, the amino acid profile of these proteins can be used to determine if an egg is of an animal or plant nature. All 20 amino acids, essential and nonessential, are present in animal proteins, including those of eggs. For this reason, animal proteins are considered complete proteins. In contrast, the level of certain essential amino acids in plants is significantly lower, and plant proteins are not considered complete proteins. Thus the amino acid profile of an egg is that of an animal, not a plant.

Lipids, also known as fats, are complex organic molecules found both in plants and animals. The difference in lipid profile between eggs and plants can also be used for answering the question of egg’s nature. Regardless of their animal or plant origin, lipids play a vast number of highly important roles in the organism. On the molecular level, lipids build cellular membrane, modulate its functionality, act as signal molecules, serve as precursors for the synthesis of hormones (testosterone and estrogens) and even help to spread neural impulses in the nervous system.

When talking about lipids, cholesterol is a compound which must not be left out of the discussion. Mainly found in animal tissues, this steroid alcohol, which is an integral part of the cell membrane and precursor for the synthesis of sex hormones, is present in egg yolk in a substantially larger amount than in any plant material. The popular but wrong belief is that plants are cholesterol free. Although present only in trace amounts which rarely exceed one to two percent of total sterols, cholesterol serves as an integral part of the cell membrane of plants. As one of the key compounds found in animal cells, cholesterol’s presence in eggs strongly confirms the animal nature of eggs.

The presence of vitamins—necessary for proper development and life of every organism—can also be seen as a specific characteristic for distinguishing plants and animals on their molecular level. The specific profile of vitamins of a certain organism is a consequence of the organism’s genetic basis. Lack of specific genes and enzymes for their synthesis results in a deficit of certain vitamins, and ultimately helps determine the chemotaxonomic specificity of an organism. In the case of a plant, vitamin specificity is seen in the inability to synthesize vitamin B12 (cobalamin). This vitamin, found exclusively in animal tissue, is found in eggs, although in relatively low amounts.

In the case of vitamins K and D, different forms can be found in plants and animals. The dominant form of vitamin K in plants is phylloquinone, also known as vitamin K1. On the other hand, vitamin K in animal tissues is structurally different from its plant form and is known as vitamin K2. It is important to emphasize that vitamin K2 is not a single substance, but a group of structures in which their basic naphthoquinone ring has a variable number of isoprene residues. Vitamin K2 MK-4 sub-form, which is found only in animals is also detected in eggs.

Different forms of vitamin D are found in animals and in plants. The animal form of vitamin D, known as D3 or cholecalciferol is synthesized in the skin after photochemical UV conversion of provitamin D3. In the case of plants, vitamin D is of fungus origin and is called D2. Synthesis of vitamin D2 is also UV induced, but with ergosterol as a starting material. In some cases, vitamin D3 can be found in plants. However, the extreme difference in its role in plants and animals, together with the smaller amount detected in plants can be used for differentiation of the egg’s nature. In animals, just like in eggs, vitamin D3 is necessary for the normal development of an organism. On the contrary, vitamin D3 synthesized in plants, especially in Solanaceaefamily, has a defensive role, since it causes calcium intoxication in herbivore animals.

More About that Shell

One of the crucial structural features of an egg for our analysis is the shell itself. It is made of calcium carbonate and permeated with thousands of micro canals which enable the exchange of gasses. Such hard shell structures of inorganic origin are only found in the animal world. In the case of plants, a similar protective roll is played by the plant’s hard matter formed from cellulose, hemicellulose and lignin, which are organic substances.

Though unfertilized eggs lack one key characteristic of every living creature—the ability to develop—their biochemical composition and structure is of strictly animal origin, unrelated to that of a vegetable. 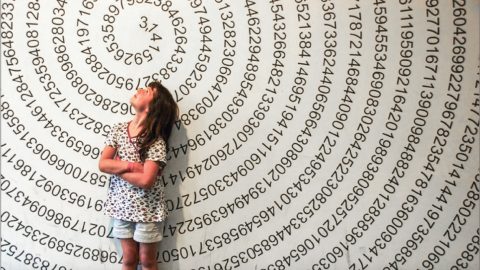 Science: The Mysteries of Memory