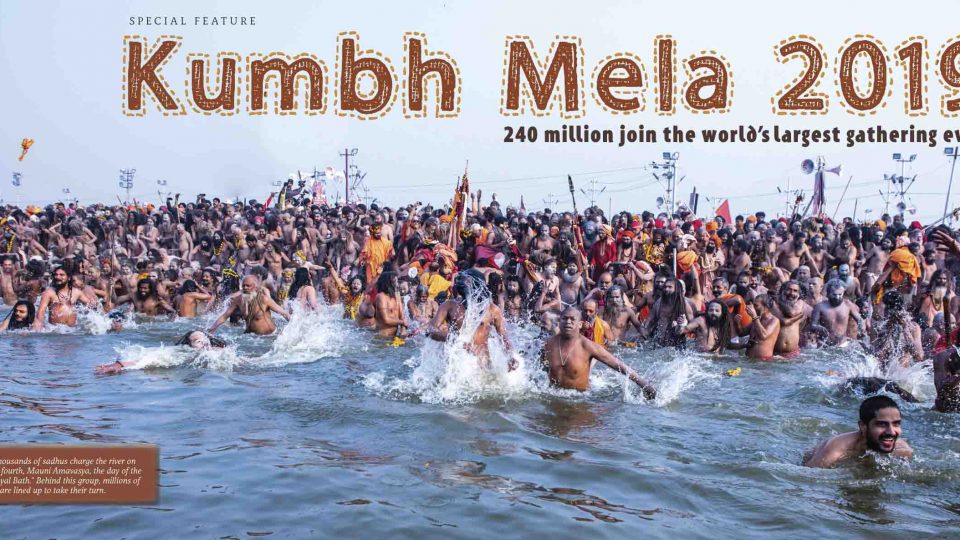 In My Opinion: Improving the Kumbh

There were times during this Kumbh I went without sleep for two days at a stretch because of my duties overseeing VIP visits. But when I saw that despite the huge rush the pilgrims were able to comfortably and smoothly take their bath and felt blissful, I got a very special kind of satisfaction which cannot be easily explained in words. Seeing that, feeling the bliss and peace on the faces of the pilgrims, is the biggest achievement of my posting here. It was such an energy booster for me.

As a devout Hindu myself, I felt that for the common pilgrim who travels hundreds and, in some cases, thousands of kilometers to participate we are still not able to offer the kind of facilities we should in terms of accommodation and transport. We do have to work within certain limitations. For example, beyond a certain level, we cannot allow vehicles into the Kumbh area, so pilgrims have to walk long distances or find alternative arrangements to carry their luggage.

Those that are associated with a saint, ashram or guru are accommodated by them, but those places can take 50 or 100 people at most. The common man finds it difficult to find accommodations. The government made arrangements for 50,000 people at just Rs. 200 (us$2.88), but those who come in groups of 50 loaded in a tractor and trailer, or in the back of a truck, cannot afford even this, needing to save their money for travel and food.

Many such pilgrims can be seen sleeping in the open in cold and rainy weather. I personally feel guilty that we could not make arrangements for such devoted people. There are hundreds of thousands of such pilgrims. I think providing free accommodation for at least one night would be a great service to those who travel hundreds of kilometers from the interior villages to have a holy bath in Ganga and participate in the Kumbh Mela. I also think in future Kumbh Melas that the resourceful saints who spent hundreds of thousands of dollars on their own tented mini cities can come out and help these pilgrims by offering subsidized accommodations.

I saw a very large number of youth visiting this Kumbh in a spirit of adventure, but, honestly speaking, I am not sure the level of devotion they have towards Hindu dharma. In the past, the youth heard about the Kumbh through their relatives and friends who had visited; this time they heard about it through social media and it became a sort of craze. In particular, they were taken with how the “Paint My City” campaign had transformed the city of Prayagraj with countless murals on every street. The way we projected our ancient culture and stories from Hindu mythology on the pillars and walls had a very positive impact on the youth.

This was the first time we granted ­licenses for adventure sports, including water scooters, high speed boats, paragliding and helicopter tours—all kept at a reasonable distance from the Kumbh grounds. Naturally, these sports proved popular with the urban youth.

There was a special screening for all police deployed during the Kumbh: they should be below 50 and with a record of good character. We also filtered out those who drink alcohol, all in an effort to have the best people for the event.

All the policemen on duty had been given written instructions that not even a stick was to be used here to control the crowds. They have to perform their duties only with the help of their whistle. They were advised to be extremely courteous while dealing with the pilgrims. Both police and armed forces personnel held hands in namaskar when requesting them to follow the rules.

PURENDU SINGH was the Additional Superintendent of Police for the Kumbh Mela with the responsibility of protocol in the Sangam area. He was previously in charge of two Magh Melas at Prayagraj.