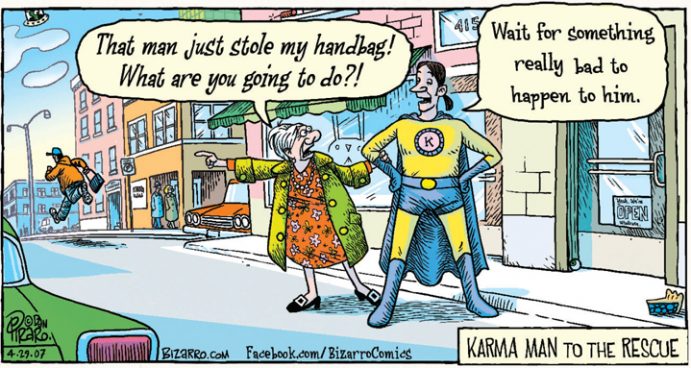 “Devotion, devotee and God are one. At the top of devotion, there is God.”

Even kings and emperors with heaps of wealth and vast dominion cannot compare with an ant filled with the love of God. Guru Nanak (1469-1539), founder of Sikhism

You have to grow from the inside out. None can teach you, none can make you spiritual. There is no other teacher but your own soul. Swami Vivekananda

If a tree, which is not a highly elevated living entity, can be so tolerant and merciful to give sweet mangoes even when hit by anyone; being a king, should I not be more merciful and tolerant than the tree? Chhatrapati Shivaji (1830-1880), founder of the Maratha Kingdom

The worlds of the elders do not lock all the doors; they leave the right door open. Zambian proverb

The meeting of two personalities is like the contact of two chemical substances: if there is any reaction, both are transformed. Carl Gustav Jung (1875-1961), Swiss psychiatrist who founded analytical psychology

The first peace, which is the most important, is that which comes within the souls of people when they realize their relationship, their oneness, with the universe and all its powers; and when they realize at the center of the universe dwells the Great Spirit, and that its center is really everywhere, it is within each of us. Black Elk (1863-1950), Medicine man of the Oglala Lakota (Sioux)

Don’t think money does everything or you are going to end up doing everything for money. Voltaire (1694-1778), French writer

A diplomat must always think twice before he says nothing. Irish Proverb

We can know only that we know nothing. And that is the highest degree of human wisdom. Leo Tolstoy (1828-1910), Russian writer

Just as true humor is laughter at oneself, true humanity is knowledge of oneself. Alan Watts (1915-1973), British-American scholar of Comparative Religion

It is better to deserve honors and not have them than to have them and not deserve them. Mark Twain (1835-1910)

Even if there is only one possible unified theory, it is just a set of rules and equations. What is it that breathes fire into the equations and makes a universe for them to describe? Stephen Hawking

If lightning is the anger of the gods, then the gods are concerned mostly about trees. Lao Tzu (604-531 bce), Chinese philosopher

If you want to see a distant galaxy, what do you do? You go to an observatory, you use a powerful telescope and you can see that which otherwise you can’t see. If you want to see into a cell, what do you do? You go to a laboratory and you use an electron microscope and you can see anything you want in the cell. God’s the same way. You go to the temple, and through the sanctified murti, that’s how we can easily see God. The temple and the murti within it are set up so that anyone can feel God’s presence if they have enough devotion. Satguru Bodhinatha Veylanswami, publisher of Hinduism Today

As long as we react to karma, we must repeat it. Satguru Sivaya Subramuniyaswami(1927-2001), founder of Hinduism Today

IF YOU TAKE A TWO-HOUR DRIVE WEST FROM VADODARA, GUJARAT, you might be able to find an unassuming beach with a wonderfully unique Siva temple. The Sri Stambheshwar Mahadev Temple is a small open-air shrine housing a stone Sivalingam in its center. What’s unique about this 150-year-old temple is that every day the Sivalingam receives a natural abhishekam from Mother Nature as the sacred stone disappears beneath the waves of the Arabian Sea.

Devotees flock from far and wide to be there for the moment the Lingam is covered by the ocean, and again for the celebration of its return as the waves recede. During low tide, while the Lingam is visible, devotees are able to perform worship and offer flowers. Once the tide rises, the flowers float out into the glistening waves. Though unadorned and simply constructed, this temple and its connection to the diurnal rhythms of nature are deeply appreciated by devotees. Here they can enjoy the soothing sounds of the waves, the fresh sea breeze and the area’s surrounding simplicity.

Verses from the ancient Tirukural, by Saint Tiruvalluvar

Verse 981: It is said that all good things are natural to those who know their duty and walk the path of perfect goodness.

982: Perfect men hold as good their own good character. They count no other goodness so genuinely good.

983: Love, modesty, propriety, a kindly eye and truthfulness—these are the five pillars on which perfect goodness rests.

985: Humility is the strength of the strong and the instrument the wise use to reform their foes.

986: The touchstone of perfect character is accepting with dignity defeat from one’s inferiors.

987: Of what gain is perfect goodness if it does not do good to all, even to those who have done painful things to others?

988: Deprived of all else, one remains undisgraced if still endowed with strength of character.

990: Should the perfect virtue of perfect men ever diminish, this mighty Earth would bear our burdensome weight no more.